This year we went to two pantos. On Boxing Day we drove across several times zones to arrive in Clacton-on-Sea in time for the two o’clock matinee performance of Jack and the Beanstalk. My brother-in-law was doing his Prince-Charles-meets-Boris-Johnson impersonation as ‘King Bumble’ and, like the rest of the pantomime, was thoroughly excellent.

Four days later we celebrated one of our family’s more inconvenient Christmas birthdays by taking a much shorter trip to Manchester’s Opera House. We hissed and booed our way through Snow White and the Seven Dwarves. With the only possible criticism being that Priscilla Presley’s Wicked Queen was at the very least as fair as her beautiful step-daughter, it was also an excellent performance.

The Manchester show had one advantage over Clacton in that there were steps in the theatre leading up from the stalls to the stage. This meant that we were able to keep up the panto tradition of inviting up a few local children to entertain us while the rest of the cast prepared for the finale. One seven year old girl stole the show. ‘Tinsel’ said she was from England (a small country quite near Manchester) and was asked what she would like to be when she grew up.

“I want to be a mum,” she said. Beautiful sentiment, but just a bit worrying at the same time. 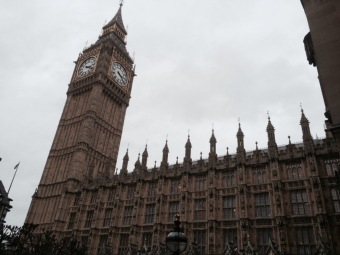 Fast forward one week to this morning (7 January) when Secretary of State for Education Nicky Morgan was in front of the House of Commons’ Education Select Committee to answer concerns about Careers Education, Information, Advice and Guidance (CEIAG). And straight from there to the Churchill Room in the same building where Alex Cunningham from the Select Committee hosted an event on CEIAG with speakers including two shadow ministers, and senior representatives from the NUS, Unison, the CBI and the Career Development Institute.

Being a mum is a fine vocation, albeit with very limited remuneration and no nationally agreed retirement age. There are, however, alternative and complementary careers available. Trouble is, Tinsel may not be able to find them. The consensus from Westminster today was that CEIAG is broken and we fail to fix it at our peril.

The evidence included both the authoritative and the anecdotal. Ofsted report that 80% of schools are providing an inadequate careers service. Another report was quoted that 83% of schools have no fully qualified careers adviser. In one school the receptionist was said to be doubling up as an adviser. In another, a science teacher’s wife had been called in on the loosest of pretexts to help.

A practitioner panel provided glimpses of CEAIG collapse around England. From Cheshire, the impossibility of providing genuine IAG while having to chase outcomes payments. From Hertfordshire, schools dictating what advisers are allowed to tell pupils. From South Tyneside, a fragmented service with isolated teachers in each school not able to access joined-up CPD for themselves. One of the NUS FE reps talked about colleges being locked out of schools. From the Midlands, one college was said to provide such an ‘impartial’ service that they only signed up pupils for their own courses.

Only delegates from Scotland were able to give a more upbeat story, portraying their country as some sort of fully-funded northern Nirvana for CEIAG. Every school has a trained careers adviser, while drop-in offices provide an all-age service offering primarily face-to-face advice.

Rob Wall from the CBI provided a more positive perception of the current involvement of employers with schools, and with careers education in particular. Toni Pearce, President of the NUS, told us a personal story of careers advice, her story of being advised, reminding us that CEIAG is all about engaging with an individual on their terms, where they are, right now.

So, what to do? You’ll be surprised to hear that there was no shortage of suggestions. Reintroduce the statutory duty on schools? Use Ofsted to ensure that pressure on Head Teachers focuses on the quality of CEIAG in their schools as much as on any other outcome? Create local hubs of co-located careers resources? Introduce a UK-wide quality standard for CEIAG? Fix the National Careers Service? Restore a fully-funded all-age universal service staffed by ‘Level 6’ trained professionals?

In colleges, we’ve just about got the message now that it’s not all about qualifications, that they, and we, are a means to an end, not the end itself. If there are no longer teams of skilled, well-informed professionals, however, to talk to people (of whatever age), to let them know what kinds of jobs are or will be available; to discuss what kinds of jobs might be best suited to their skills and interests; and to guide them to where they might acquire the skills and knowledge needed to do those jobs – then where will we all be?

The major political parties all seem to have grasped that this is an important issue. The next few months will make it clear what promises will be made, and if any of them will be broken. In the meantime, get involved with the debate: inform; share; discuss; guide. Even politicians need to take advice every now and then.

And Tinsel, you’ll probably make a great mum, as well as what ever else you grow up to do.

A senior leader in Further and Higher Education, now based in Moray (pronounced "Murray") on the coast of the Scottish Highlands. (I know, I love paradox). We have more sunshine and less rain each year than my previous home in Manchester, and about fifty more distilleries too! You can find me on Twitter as @DP40days. Blogs so far have been mainly about work and travel but frankly, I've been a bit quiet recently. Maybe that's about to change...
View all posts by dp40days →
This entry was posted in FE Blog and tagged advice, careers, CEIAG, election, guidance, ofsted. Bookmark the permalink.